March 3, 2020 / admin / Comments Off on CORONAVIRUS: IMPACT ON THE GLOBAL PROPERTY MARKETS

Developments are extremely fluid, and tremendous uncertainty remains regarding how broadly the virus will spread and what its ultimate impact will be on public health, economic growth and financial and real estate markets.

All eyes are on the financial markets. 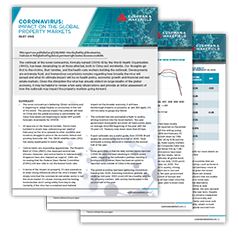 It’s premature to draw strong inferences about the virus’s impact on property markets.

How Do Office Rents Compare Around the State?

Florida office rents have increased to near-record highs based on solid demand for space that provided confidence for developers to build speculative construction. Average rent growth YOY in Florida was 4.5%, and rents are now on average 18% higher than previous cycle highs.

Most Florida office markets, however, are still a relative value compared to historic highs. Only Tampa and Palm Beach have asking rents higher both numerically and on an inflation adjusted basis. According to the BLS’ Consumer Price Index, prices in 2019 are 19.17% higher than average prices since 2009, which equates to an average inflation rate of 1.77% per year. While office rents in Florida are up almost 18% on a numerical basis, this cycle they are still down -4.5% on an
inflation-adjusted basis. 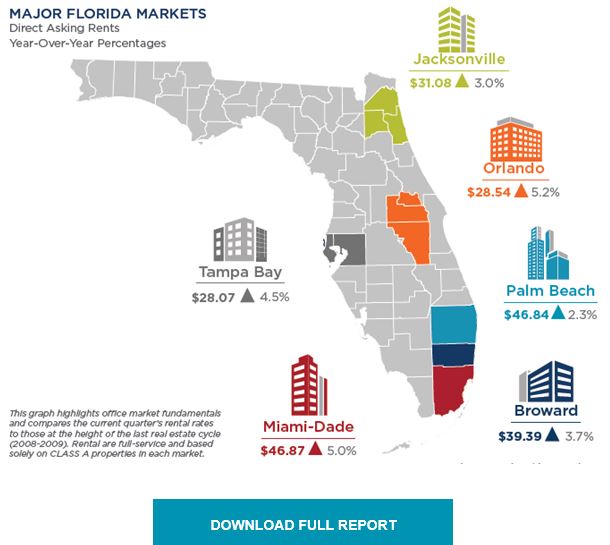