throughout Florida. The overall report predicts that Florida’s population will increase by just over 450,000 people in 2018, as compared to 430,000 in 2017.
In the next five years, the state’s population is expected to increase from 21 million to 23.3 million.

Of the markets examined, the Fort Myers MSA will see the greatest change in year-over-year population growth, while Miami is expected to see the smallest change. Tampa ranks as the largest MSA in the state, and Orlando boasts the lowest unemployment rate.

“Florida’s population grew significantly in 2017, aided by continued net migration from northern and high-tax states,” said Chris Owen, Cushman & Wakefield’s Florida Research Manager. “In addition, thousands of Puerto Rico residents also migrated to the state after Hurricane Maria. Whether the majority of them stay or ultimately go back to the island will depend on reconstruction efforts and any boost to economic activity.”

Cushman & Wakefield’s Florida Market Leader, Larry Richey, added: “As an expanding consumer market, Florida benefits from recent population increases that will in turn continue to support new construction and development in commercial real estate. We see overall fundamentals improving, which will be enhanced by the pace of net migration both from out-of-state and Puerto Rico. These new residents will also alleviate some of the pressure on already tight labor markets.”

An overview of the Population Report for each market Cushman & Wakefield analyzed is below (in descending order of projected growth rates):

CUSHWAKE RANKED #1 BY BEST OF NLJ FOR 5TH YEAR 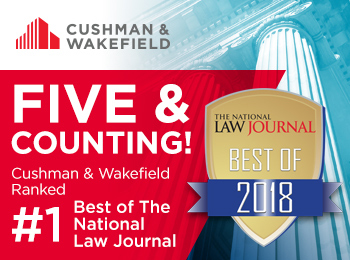 For the fifth year in a row, Cushman & Wakefield has been ranked #1 in the Commercial Real Estate Firm: Tenant Representation category of the Best of The National Law Journal (NLJ) survey. Cushman & Wakefield was also ranked #1 in Property Management and Brokerage, sweeping the real estate categories for the second time in this prestigious survey.

The Best of NLJ is a reader ranking survey of the top providers to the legal marketplace. The survey encompasses all important aspects in the practice of law and the winners highlight the businesses and individuals who garnered the most votes from members of the legal community.

“Being ranked #1 by The National Law Journal five years in row is a true testament to the hard work and dedication of the members of our Legal Sector Advisory Group,” said Sherry Cushman, Leader of Cushman & Wakefield’s Legal Sector Advisory Group (LSAG). “Our unique combination of strategic advisory services and proprietary thought leadership have made us leaders and trusted advisors to the legal sector locally, nationally, and globally.”

For more information on the Best of The National Law Journal 2018 reader survey, visit https://www.law.com/nationallawjournal/.

The rise of the flexible workplace has been one of the driving factors of recent positive office performance, particularly in Central London.

Across Central London alone, flexible workplace providers have taken nearly 20% of office space, while competition in the regional cities is intensifying.

In response to such growth, industry stakeholders are rapidly examining their approach not only to the sector but also to flexibility in general.

How will this fast growing sub sector evolve and what does it mean for traditional office space? In this report, we consider how the sector has expanded across Central London and the UK regions and how business models from both operators and landlords are adapting to changing customer demands.

Click the photo below to read the full report. 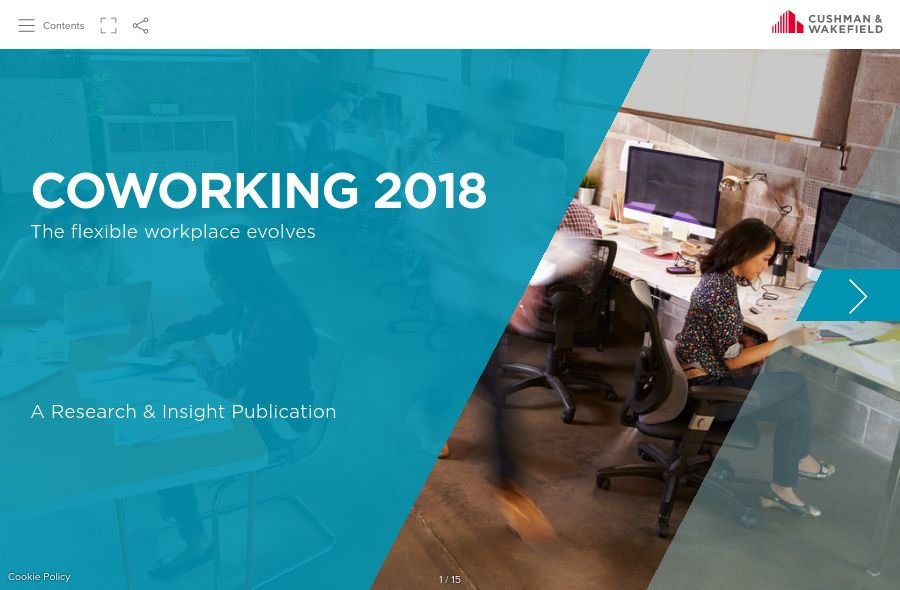