May 23, 2017 / admin / Comments Off on Virtual Reality: The New Reality for Real Estate

The promises of virtual and augmented reality (VR/AR) have been described plenty of times before: Fully immersive video games, sideline-quality views of sporting events from the comfort of a living room, surgeons reviewing a patient’s medical records and scans mid-procedure without leaving the operating table and many other flights of fancy.

The problem has always been the limits of the technology. Processing speeds in headsets have traditionally been too slow to keep up with the movements of human eyes and limbs, and the headsets’ visual displays have lacked the high definition necessary to resemble the real world (for VR) or integrate seamlessly with real-world vision (for AR), leaving users frustrated.

That could soon change. According to a research report released last year by Goldman Sachs, VR/AR hardware and software are finally beginning to catch up with consumer expectations and are poised to disrupt a number of markets, including real estate.

May 18, 2017 / admin / Comments Off on Cushman & Wakefield Macro Forecast Report 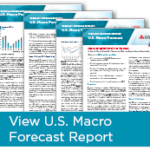 Measured Optimism Still on the Menu

May 17, 2017 / admin / Comments Off on EverBank building owner buys another Downtown property

Ramon Llorens, owner of the EverBank Center in Downtown, has recently purchased the 3.04 acres surface parking lot that’s in front of the Omni Hotel and One Enterprise Center.

North Carolina-based company ASC Associates sold the property for $4.95 million to Amkin Hogan LLC, which was regestered by Llorens on April 20.